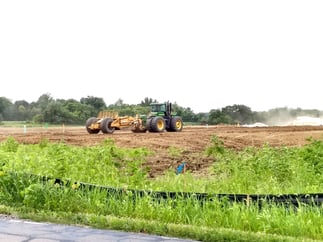 Do you own land in the path of development?  Have you recently sold land for development and need help facilitating a 1031-exchange or finding replacement property?  Did you know that Halderman can help with these types of transitional land transactions?  In fact, the transitional land market in Indiana, particularly in Central Indiana and the doughnut counties around the Indianapolis metro area (Boone, Hamilton, Hancock, Hendricks, Johnson, Madison, Morgan, and Shelby), remains active.  The transitional land market consists of farmland that is in and around the metropolitan and suburban sprawl.  This land is in the path of development, and developers and home builders have been active in gobbling up more of this land each year.

The demand for this land is a reflection of the positive state of the general economy but also a reflection of the current housing market.  Data complied by the Indiana Association of Realtors (see graph below) shows that home prices are rising (blue line) in large part due to the supply of homes for sale that continues to decline (red line).  In 2017, Indiana’s average monthly inventory of existing homes was just under 28,000.  This figure was down 14% compared with 2016 and down 60% from the high mark in 2007. 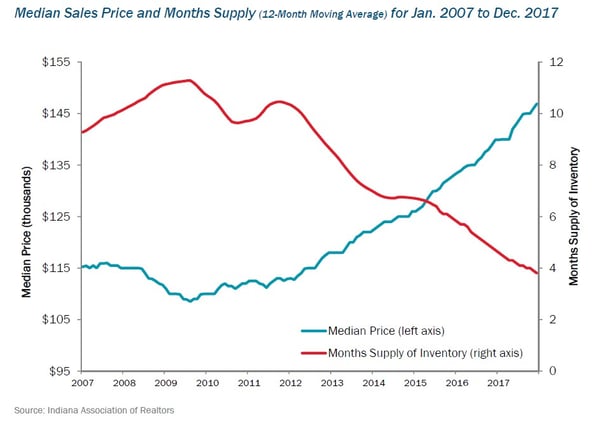