Is it time to update that “good ole tractor” or run another year?
As we approach the end of the year, and once harvest is complete, many will be asking, should I sell the ole tractor and look for a “good” used one, or fix her up and run her another year.
With several equipment and consignment auctions being completed throughout the summer and early fall, the prices being reported on late model tractors, combines, and tillage tools vary from steady to somewhat lower compared to 2014. Along with prices, demand could be described in the same manner, somewhat strong, to little or no interest.

I have spoken to many area farmers, and all share a similar feeling, “it would be nice to update the _______ but I not sure I should be spending money unless I have too. Lenders also are sharing the same thoughts, “if the tractor or combine is doing the job, why would you want to create a payment you must make, with so many unknowns in the immediate agriculture economic forecast.

“Using historical USDA input price indices, machinery prices increased 4.65% per year from 1973 to 2013, and 5.94% per year from 2008 to 2012, the last five years,” says Michael Langemeier, an agricultural economist at Purdue University. “Given relatively lower crop prices and the potential for higher interest rates, it seems logical to assume that price pressure will not be as great in 2014 as it was during the last five years.”

The potential price drop applies especially for used equipment prices, which has been higher the past few years. New equipment prices may be a different story because of the high costs associated with Tier 4 engines, required in all farm tractors starting in 2014. Estimates vary, and manufacturers are hesitant to give a number. But a recent survey of dealers, conducted by
Farm-Equipment.com, shows that they expect pricing on new farm machinery to increase by 4 to 6% or a bit more in 2014, largely due to Tier 4 engine costs.

I found this article in Farm Industry News from November 2013, by Jodie Wehrspann and thought it related very well to what the market’s reaction has been over the first 3 quarters of 2015.

Whether you decide to fix up the “ole tractor”, sell and look for a “good” used one, be prepared as a seller, to see less interest and potentially lower prices offered by buyers. But, if you are a buyer, there could be that “good” used one out there, for less than you thought you might have to give. 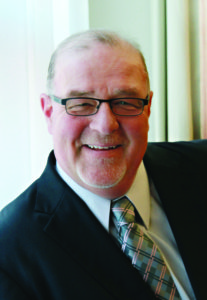