Even though available farmland supply was near an all-time high for real estate companies across the board, the prices set records. Those might be at their peak.

Halderman Vice President Pat Karst takes a look at 2022 with a fine-tooth comb and makes a few speculations about the coming year.

“Land values started strong,” Karst said. “Farmland supply has been historically low ever since about 2014. We saw a lot more land hit the market this year.”

On average, about 2% of farmland sells every year. That was not the case until recently. Previously, only about 1.4% of farmland was sold a year.

“As land prices increased in 2022, we saw that number return to a normal level,” Karst explained. “We had a lot of sales this year, especially in the fourth quarter, but that’s the story for everyone who sells farmland. We didn’t sell a record number of farms this year, but our average price per acre was something we’ve never seen before.”

Helping families transition from one season of life to the next is the highlight of every year for Karst and everyone else at Halderman.

“The people we’re helping is a lot more meaningful than setting records for total dollars or acres sold; it’s the fact that we can help families maximize the sale of their farmland and facilitate some peace of mind in their new phase of life,” Karst said.

What are your expectations for 2023? 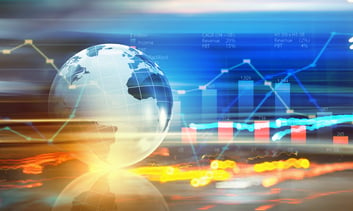 As the 2022 sale season ended, bidding showed signs of slowing down. In addition, sale values were more volatile from sale to sale, with high-quality cropland farms still selling at or near record values, and more challenged farms (flood-prone, small, odd-shaped fields, etc.) struggled more than in recent history.

“I think land values will be stable in the new year, but I don’t think we’re going to continue seeing that climb that we’ve been watching,” Karst said.

There’s nothing to indicate that land values will be going down. That could mean the supply will remain strong, or it might begin a slow decline in the number of farms for sale.

“Farms that are more difficult to farm were getting marginally harder to sell in late 2022,” Karst said. “Bidding isn’t quite as active as it was previously. Those farms are still selling, but not as quickly as they were in September and October.”

There are three items Karst advises keeping an eye on no matter if you’re in the market to buy or sell land:

In the middle of December, interest rates went up another 75 basis points. While it’s yet to be revealed if increasing interest rates have affected land values, it’s still something to keep an eye on. Generally, rising interest impacts farmland 12-24 months after the increase begins.

“Land is still selling well even at the rates we’re at now, but I have to wonder if they would have sold for more if those interest rates had remained at historic lows?” Karst pondered. “Buying power is diminished by increasing interest rates. We have not seen a large decrease in demand for farmland, and I’m not sure when or even if we will see it.”

Most will agree land is a relatively safe investment during inflationary times. With that being said, other conservative investments are starting to compete with farmland, such as certificates of deposit and Treasury notes.

“Experts say there’s a one-to-one correlation between land and inflation,” Karst said. “If inflation increases by 7%, then the land value does the same. A CD won’t do that. That makes land a relatively safe investment when looking at inflationary times.”

Commodity prices are still relatively good, but the market volatility is truly unmatched by any other time in history.

“Part of the earnings equation is what it costs to put that crop in the ground, and we don’t know what it will cost this year,” Karst said. “It will likely be the most expensive crop we’ve ever planted. Inflation is part of that.”

The far-reaching effects of COVID continue to reveal themselves year after year. Agriculturalists have already been shouldering the heavy weight of a disruption in the supply chain.

“Our society is now about ‘just-in-time’ delivery,” he added. “Grocery stores don’t get a week’s supply of bread and milk. They get what they need the day before they need it. That’s how everything is now: feed mills, diesel plants, everything.”

There’s no way to predict what 2023 will bring his clients; Karst is confident it’s primarily a positive outlook. Karst and the entire Halderman team wish everyone a safe and prosperous 2023!