Currently Reading: Is the fertilizer industry following in the footsteps of meat packers?

Is the fertilizer industry following in the footsteps of meat packers?

If you’re even remotely involved in the agricultural industry, or simply a carnivore, then you’ve likely seen how cattle producers are pushing back against the packing industry. The problem? More than 80% of the U.S. meatpacking industry is controlled by four companies: Tyson Foods, Cargill Meat Solutions Corp., National Beef Packing Company, LLC, and JBS USA.

Why is this relevant to row crop farmers? The fertilizer industry could be heading down the same path but in a different fashion. As smaller fertilizer companies are quite literally gobbled up by the larger ones, the opportunity for diversity in the market and healthy competition for prices diminishes. As per usual, the producer is the one who stands to lose the most in this situation.

“The farmer is the only man in our economy who buys everything at retail, sells everything at wholesale, and pays the freight both ways.” – John F. Kennedy

Unfortunately, President Kennedy is still correct in that statement. Input costs continue to rise for producers of both plants and animals. Crop farmers have been experiencing fertilizer shortages which have led to increased costs. Of course.

Who’s to blame for these price increases? It’s a function of supply and demand at the hands of mother nature in some cases. Nitrogen, for example, increased price in 2021 by almost 80% from the previous year. Significant weather, snow, and ice storm in Texas in February, and Hurricane Ida in August, slowed down Nitrogen production altogether. Couple that with high input costs for foreign nations to produce the Nitrogen that they use, and the U.S. imports, and the perfect storm begins to brew. 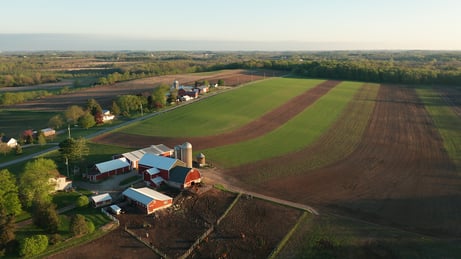 There’s good news on the horizon, at least for potash users. On December 3, the U.S. Treasury Department’s Office of Foreign Assets Controls announced that there would be some breathing room for potash imports from Belarus. This country is responsible for 20% of the global supply of potash. Producers will not be paying sanctions on potash fertilizers imported from Belarus through this coming April. It’s small, but at least a step in the right direction.

Unfortunately, producers could be getting a tip of the same iceberg cattle raisers are currently floating on. With only 13 major companies controlling 98% of the fertilizer industry in the U.S., competitive pricing isn’t necessarily top priority anymore.

In the months to come, farmers and ranchers should keep their ears open for movement from the U.S. Department of Justice. The government organization was asked by the Family Farm Action Alliance just this last December to investigate the skyrocketing prices of fertilizer in the U.S. Their accusation: are fertilizer companies basing their price increases on what farmers got paid for their commodity crops rather than supply and demand?