The past few months have seen major changes in federal water protection regulations. The Waters of the United States (WOTUS) rule was repealed by two agencies - the EPA (Environmental Protection Agency) and the Department of the Army - on October 22, 2019, and it was replaced with the Navigable Waters Protection Rule.

In January 2020, the US Army Corps of Engineers and the EPA issued the Navigable Waters Protection Rule that reverts to oversight of the Clean Water Act, the predecessor of the 2015 Clean Water Rule. The CWA regulates dredging, filling and discharging pollutants in navigable waters. With the NWPR in place, the two presiding agencies have issued new guidance on how the CWA will be enforced.

Severe weather patterns including drought and excessive rainfall have made farming even more difficult in recent years. In many cases, the bodies of water affected are managed by the states where they are located. What impact, if any, will this have for farmland and farmers?

The Clean Water Rule: prior law

The Clean Water Rule enacted by the Obama administration was polarizing and unpopular with many farmers. Under this rule, the WOTUS broadly described how water in private hands was regulated by the federal government. Many 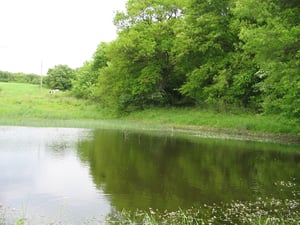 farmers believed that the Clean Water Rule was too restrictive with regard to water on private land. The language even regulated standing water in cropland fields by defining them as "navigable."

However, with the new NWPR, if you are a farmer with bodies of water on your property, you now have new federal guidance.

The new NWPR has two steps:

Included in the new legislation are provisions relating to a "typical" year, in essence giving jurisdictions flexibility for noting exclusions relating to weather events and other disruptions to bodies of water that are not customary for a locality. For farmers, this means that rules pertaining to their water are based on prevailing local weather.

As is the case with many federal regulations that address the degree to which states and local agencies have authority over private land and water, there are arguments on both sides in terms of how beneficial the new NWPR laws will be for farmers. Since different states and local agencies have different standards in terms of pollution control and other key water management regulations, farmers will need to do their own research and come to their own conclusions about the new policies.

Restoration of legislation in place prior to 2015

Agencies, states, tribes and local governments expressed concern that the WOTUS not only provided the federal government with too much regulatory control over private waters, but that it actually hindered conservation efforts. 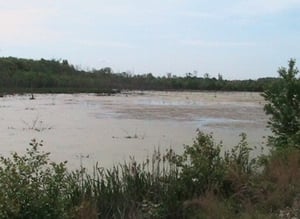 One major task for repealing the old law was to clearly define the regulatory certainty about what constitutes the "waters of the United States."

When WOTUS was repealed, spokespeople for various organizations lauded the decision. These included the National Cattleman's Beef Association, which noted that the Clean Water Act was an illegal effort on the part of the federal government that impaired members' efforts to ensure that water in private hands remained pristine.

For farmers, it appears that the guidance for maintaining healthy water will come from the state and local levels and, of course, from themselves. In most cases, this improves the regulatory process, but farmers still need to remain active in the discussion and implementation.

Halderman Real Estate & Farm Management provides guidance to farmers and farmland owners for all salient aspects of farm operations and ownership. We look forward to helping you navigate these difficult times.